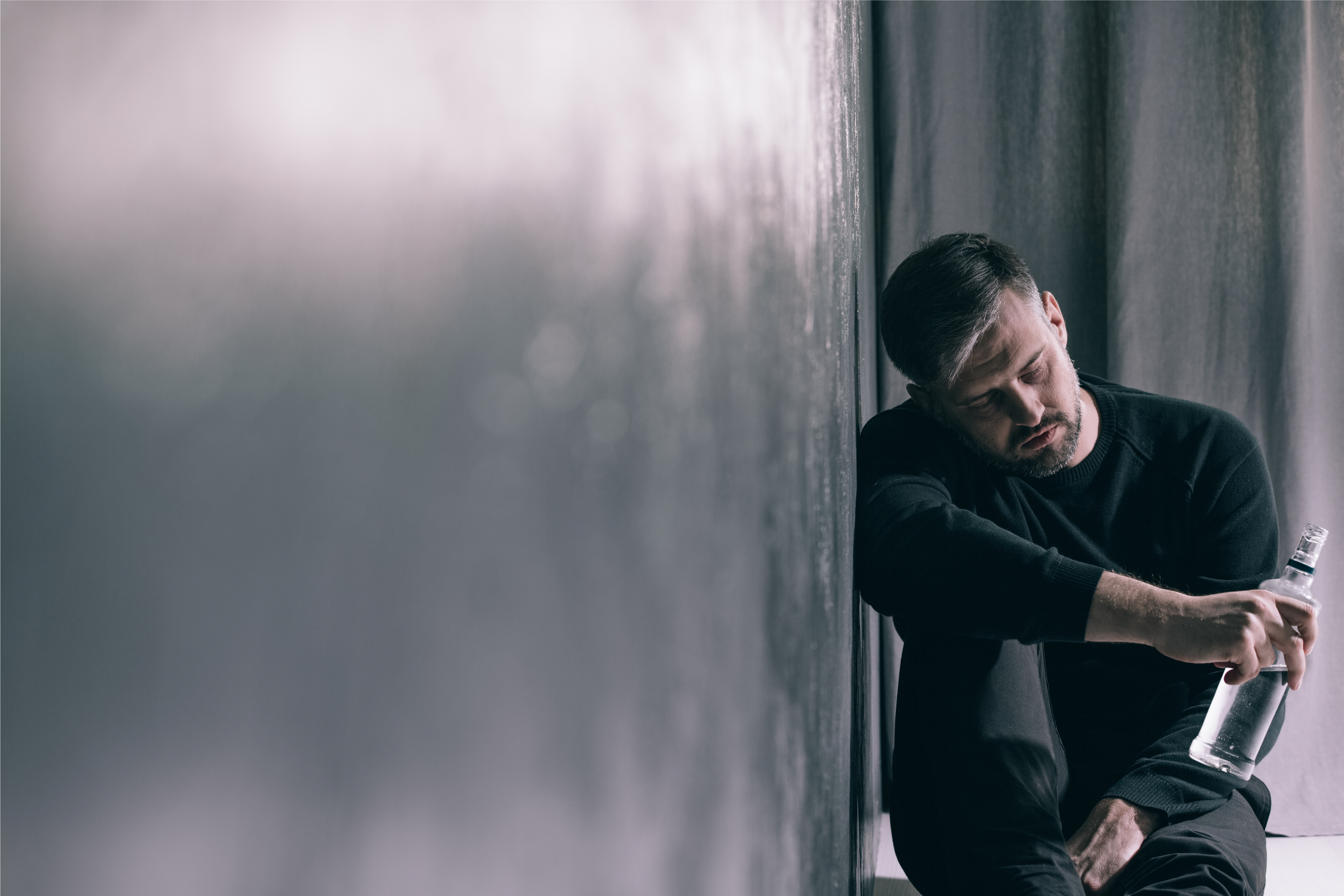 Diet and Substance Use

The CNP Diet and Substance Use Research Category consolidates research exploring the interdependent relationship between dietary intake and substance use. To view each original study on the open internet, click “Original.” To view the CNP summary of the study, click “CNP Summary.” While a small portion of the studies in this research category are available below for free, the full set of studies (and their summaries) are available to CNP members through the CNP Library Membership (available Fall 2021).

A biopsychosocial overview of the opioid crisis: considering nutrition and gastrointestinal health

With opioid overdose deaths rising in the United States, this 2019 review presents a biopsychosocial approach, that connects social and biological theories related to the addiction crisis, to help develop more effective preventative strategies. With genetic and epigenetic factors (those associated with brain reward pathways and impulsivity) known to predict addiction vulnerability, as well as evidence indicating environmental factors are marked contributors and psychosocial factors such as stress, trauma, and adverse childhood experiences are linked to emotional pain (leading to self-medication), Wiss’ biopsychosocial model integrates concepts from several disciplines and supports multicausality rather than a reductionist approach. The emerging role of nutrition therapy in the treatment of opioid use disorder is discussed, especially focusing on gastrointestinal health. While the author attempts to identify the risk and protective factors that may influence substance-seeking behavior, he presents potential solutions at multiple levels, considering both individual and population health. It was suggested that nutrition be given greater importance, along with cross-disciplinary collaborative efforts, new ideas, and fiscal resources in our efforts to tackle this epidemic.

A potential role for the gut microbiome in substance use disorders

The microbiota, the gut and the brain in eating and alcohol use disorders: A ‘ménage à trois’?

Chapter 2 - The role of nutrition in addiction recovery: what we know and what we don't

This 2019 review presents the impacts of alcohol, cocaine, methamphetamine, and opioids on nutritional status, by exploring gut health, microbiome, and associated neural interactions in particular. Not only are the homeostatic and hedonic mechanisms of eating behavior discussed, Wiss (2019) delves into effective treatment modalities: he mentions human research that made a case for individual nutrition counseling, group education, and the implementation of food service guidelines. The prioritisation of recovery programs were suggested also to improve eating habits, overall health, and importantly to tackle the crisis of addictive disorders. Not only would promoting good nutrition be cost-effective but it would lead to improvement of resource allocation. Therefore, Wiss (2019) feels that public health measures promoting nutrition standards in treatment settings should be implemented.

The primary aim of this 2019 cross-sectional descriptive study was to uncover the prevalence of nutritional services and the utilization of registered dietitian nutritionists at substance use disorder treatment centers in Los Angeles. Wiss and his colleagues (2019) firstly identified 128 facilities that listed substance abuse as their primary focus of care by taking advantage of the Substance Abuse and Mental Health Services Administration Treatment Services Locator. The facilities within a 25-mile radius of the Los Angeles metropolitan area were asked what type of services they offered, the credentials of the professional providing the services, and whether any kind of nutrition services were available, all through a phone interview. The data collected revealed that only 39 sites (30.5%) offered any type of nutrition services on site, and the odds of a residential level of care offering nutrition services was 2.7 times higher than outpatient only facilities (p = 0.02). Moreover, less than 7% of the 39 facilities utilized the services of a dietician, while only 8 (20.5%) called for the services of a registered dietician nutritionist. The authors suggested including dietitian nutritionists in the treatment team of recovery programs designed to help with substance use disorder since it may lead to improved clinical outcomes.

This 2018 article introduced a “holistic” approach for treating substance use disorder (SUD) involving healthful eating. Wiss et al. (2018) explains the urgent need for improved treatment modalities that would prevent overdose and death, reduce the health care burden, and improve the populations’ quality of life. Interest in food and nutrition in relation to addiction was first documented in 1955 when the relationship between hunger and coca leaf consumption was studied. There have been many experiments ever since but due to the ethical and legal challenges with controlled trial research involving use of illicit substances, most of the data remain retrospective, speculative, and underpowered.

Alcohol or gut microbiota: who is the guilty?

The purpose of this 2019 review was to discuss the potential beneficial effects of gut microbiota modulation in managing alcohol liver disease (ALD), a disorder caused by excessive alcohol consumption. ALD can be a broad range of hepatic injuries including asymptomatic steatosis, alcoholic steatohepatitis (ASH), fibrosis, cirrhosis, and hepatocellular carcinoma (HCC), and its risk factors are highly variable. Among them, the intestinal microbiota and its metabolites have been identified as paramount in ALD pathophysiology, which is what Meroni et al. (2019) discusses in this review. It was mentioned that ethanol abuse triggers alterations in intestinal flora taxonomic composition, mucosal inflammation, and intestinal barrier derangement, which is what leads to pathogenic bacteria, Gram-negative microbial products, and pro-inflammatory luminal metabolites entering the bloodstream.

This 2020 review discusses the role of alcohol-induced dysbiosis in the development of alcoholic liver disease (ALD) and its progression to hepatocellular carcinoma (HCC). Méndez-Sánchez et al. (2020) explains that the increased metabolism of ethanol in the gut, as a result of excessive alcohol consumption, promotes gut dysfunction and bacterial overgrowth, and sets a leaky gut. The bacteria, endotoxins, and ethanol metabolites then reach the liver through the enterohepatic circulation, leading to the activation of the nuclear factor kappa-B pathway and release of pro-inflammatory cytokines and chemokines via specific Toll-like receptors of liver cells. The HCC is a result of the promotion of hepatocytes’ mitogenic activity and the inhibition of cellular apoptosis that follows the cytokine and chemokine secretions. Drugs designed to regulate microbiota have proven effectiveness in prolonging the overall survival of patients with hepatocellular carcinoma, which has increased support for its employment as a co-adjuvant for HCC treatment.

Hakimian et al. (2019) developed a new model of chronic opioid exposure that allows self-administration of opioids followed by periods of extinction, to mimic addiction in humans. Using this model, this study demonstrated that a diet high in omega-3 polyunsaturated fatty acids (n-3 PUFAs) can ameliorate oxycodone-seeking behaviors in the absence of drug availability and also reduce anxiety. Given the evidence that gut microbiota may have a hugely influential role in brain function, neuropathology, and anxiety, this study examined the microbiome composition and the effects of chronic opioid exposure and n-3 PUFA supplementation. The results showed opioid withdrawal leading to a significant depletion in specific microbiota genera, while supplementation with n-3 PUFAs were found to increase microbial richness, phylogenetic diversity, and evenness in the gut, and also reduced the basal activation state of microglia in the striatum. These findings, although preclinical, suggest n-3 PUFA-rich diets could be used in the alleviation of anxiety-induced opioid-seeking behavior and relapse in human opioid addiction.

A biological framework for emotional dysregulation in alcohol misuse: from gut to brain

Here, Carbia et al. (2021) outline the overlapping impacts of chronic alcohol use, inflammation, and microbiome modifications on brain circuitry in the front of the limbic system. This article also goes on to discuss the interdependent relationship between social cognition, immunity, and the microbiome in connection with alcohol misuse (from binge drinking to addiction). While repeated intoxication with alcohol promotes inflammatory processes and sensitization of the immune system, the inflammatory cascade in alcohol use disorder (AUD) is also regulated by modifications in the gut microbiota. In addition, the microbes in the gut have been implicated in influencing social and emotional cognition. Since inflammation and social cognition are potent modulators of one another, the role of the gut microbiota seems to be a common underlying feature in both alcohol use disorder and addiction. The author here proposes a framework of how emotional dysregulation and alcohol-related microbiome dysbiosis could accelerate the cycle of addiction. Adolescence is highlighted as a sensitive period for the developing gut-brain axis, as alcohol’s harmful effects and emotional dysregulation meet one another.

Alcohol, microbiome, and their effect on psychiatric disorders

This 2018 article discusses the potential roles of alcohol and the microbiome in the occurrence of psychiatric disorders. Alcohol consumption, and alcohol withdrawal, have been associated with the increase of known innate immune signaling molecules in the brain, and thereby with neuroinflammation. The microbiota has been demonstrated to also play a major role in this process. Thus, Hillemacher et al. explain that the disruption of this communication between the microbiome and the brain may be a significant factor in many psychiatric disorders. Modification in microbiota composition, also referred to as dysbiosis, may result in microbe-host dyshomeostasis and could have detrimental effects. Many pathologies are linked with alterations in the microbiota function and structure in the gut, suggesting a connection between dysbiosis and disease etiology, including irritable bowel syndrome depression, anxiety disorders, schizophrenia, and alcoholism. Alcohol-induced changes in the microbiome may elevate the risk of developing psychiatric disorders and may explain reward-seeking behaviors, anxiety, depression, and craving in withdrawal.

The role of the gut-brain axis in alcohol use disorders

Gorky & Schwaber (2016) believe that the inflammation found in the amygdala in alcohol exposure and withdrawal may cause disturbance of neural function and could be observed as anxiety and autonomic distress in withdrawal. Since the mechanisms contributing to this response are not known, this article reviewed the literature that implicates alcohol and other substances of abuse with the cause of gut microbiome dysbiosis. There is evidence that suggests that gut dysbiosis contributes to neuroinflammation (particularly in the context of alcohol exposure and withdrawal), the neuroinflammation in the amygdala affect the effects of the microglia and astrocytes on neural cells, and that amygdala neuroinflammation itself contributes directly to withdrawal behavior and symptoms. Since the gut is associated with the anxiogenic response (cause of anxiety), modification of the gut microbiome serves as a safe and promising therapeutic strategy for patients suffering with withdrawal symptoms.

According to Qamar et al. (2019), the gut microbiome plays an important role in the body and contributes to digestive health, the immune system, and brain function. Changes in the diversity of the microbiota is said to influence human physiology and has been implicated in inflammation, depression, obesity, and addiction. Some animal studies have suggested that the gut microbiome even plays a role in the regulation of pain, emotion, and cognition. Furthermore, alcoholism has been associated with gut microbiome dysbiosis (disruption of gut microbiota balance) and can therefore have detrimental effects on the gut-brain axis balance. Imbalances in the microbiome have also been correlated with behavioral changes and alcohol dependence in the host. The aim of this study was to prove the connection between alcohol-induced gut microbiota dysbiosis and any behavioral consequences, through identification and analysis of relevant research.

Microbiome and substances of abuse

Microbiome and substances of abuse