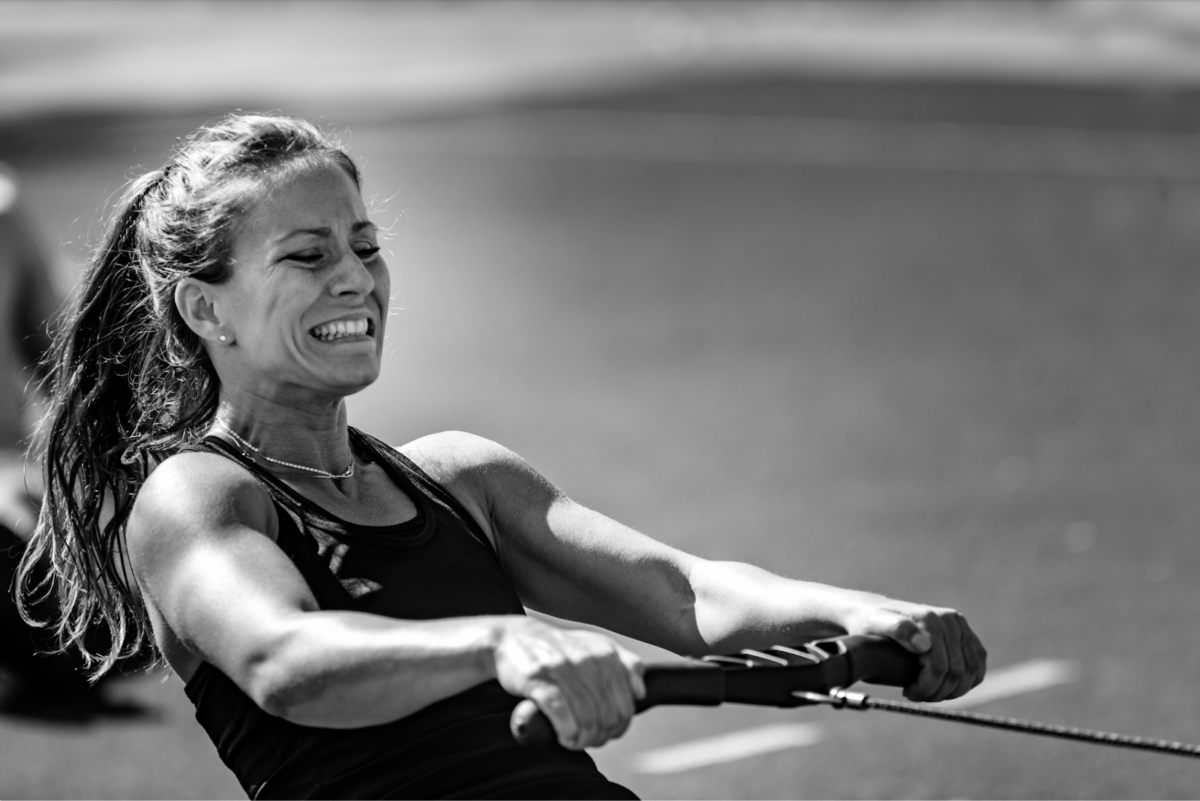 Athletes are under immense pressure. Athletes feel the pressure to perform their best to win, attain coveted scholarships, be selected in a draft, and even to look a certain way (i.e. achieve perfection). As we’ve seen within the sporting culture, this pressure can compel athletes to engage in tactics that may improve their chances in sport, but can be detrimental to their overall health.

Athletes may use drugs to deal with the mounting pressure they feel to succeed. Lance Armstrong used in the Tour de France and Sha’Carri Richardson and Kamila Valieva used at the Olympics. Some athletes may resort to other behaviors that can have detrimental effects on both health and athletic performance, such as dieting, disordered eating, and binge eating. Let’s explore, in depth, the eating disorder prevalence in athletes, risk factors associated with these disorders, and important treatment considerations for all at-risk athletes.

Athletes may resort to behaviors that can have detrimental effects on health and athletic performance such as dieting, disordered eating, and binge eating.

Eating Disorders in Athletes
According to research, elite athletes are at higher risk for developing an eating disorder (ED) than the general population (Mancine et al., 2020; Martinsen & Sundgot-Borgen, 2013). This risk is high for youth and adolescent athletes, but these practices can also be carried into college. One study found that 32.5% of the collegiate female athletes had eating disorders (Canbolat & Cakiroglu, 2020). EDs that are developed during adolescence can even be carried into adulthood sport participation (Sundgot-Borgen, 1994). Unfortunately, these practices are not abandoned once the athletes “retire” from their sport, as ED may continue to appear within a retired athletes’ life (DeZiel & DeBeliso, 2020).

Elite athletes are at higher risk for developing an eating disorder (ED) than the general population.

ED are defined as “behavioral conditions characterized by severe and persistent disturbance in eating behaviors and associated distressing thoughts and emotions” (American Psychiatric Association, 2021). Whereas the prevalence of EDs in the general population is 5% (American Psychiatric Association, 2021), the prevalence is higher in athletes with 6-45% of female athletes suffering from this type of disorder (Bratland-Sanda & Sundgot-Borgen, 2013). Male athletes have a higher rate of ED compared to male non-athletes as well (Karrer et al., 2020).

Why (i.e., Risk Factors)
Why are athletes at greater risk for ED than the general population? They embody certain personality characteristics that put them at risk for developing an ED. For example, perfectionism, achievement motivation, and competitiveness are necessary traits for improvement in one’s sport. These same characteristics, especially perfectionism, make athletes vulnerable to developing disordered eating (Prnjak et al., 2019). Female athletes are at a greater risk for developing ED than male athletes.

Perfectionism is the greatest risk factor for disordered eating among female athletes.

The type of sport that females participate in might also increase their risk of developing an ED. Gymnastics and figure skating emphasize leanness, flexibility and balance; cross country running emphasizes low body weight and percentage body fat. The female athletes who compete in any of these sports may be at higher risk for developing disordered eating or obsessive dieting as compared to athletes who compete in a sport like soccer (de Oliveira et al., 2017). This may be due to the notion that being thin in these sports leads to greater success (Aleksic Veljkovic et al., 2020). According to UK Sport, the sports with the highest risk of ED for both female and male athletes are swimming, running, gymnastics, diving, synchronized swimming, wrestling, judo, and lightweight rowing (Bashforth, 2022).

The type of sport that females participate in might also increase their risk of developing an ED.

There are several risk factors relating to this idea of thinness equals success. It can depend on whether or not someone else is “judging” their performance (as in a gymnastics routine), whether or not there is a competitive advantage in having a smaller body mass for the sport, dominant aesthetic patterns, and the size of the uniforms used in competition (Aleksic Veljkovic et al., 2020).

Some argue that the sporting environment may actually encourage or normalize these disorders through certain usual and customary practices. Daily or weekly weigh-ins or weight-monitoring practices that are common in sports, such as wrestling, may promote an over-fixation on weight which can result in EDs (Bashforth, 2022). Athletes are also encouraged to remain “healthy” and adhere to strict diet and training practices, which may also cause an over-fixation on eating behaviors. Some athletes such as Olympic diver Tom Daley have explained that a drive for thinness or the pressure to achieve a lower weight was “hammered into him” in order to perform optimally (Bashforth, 2022).

Consequences of ED in Athletes
ED are serious conditions that can have severe detrimental effects on one’s physical and mental health. The term “Female Athlete Triad” was previously used to explain the consequences of ED or disordered eating among female athletes. These consequences included loss of menstrual cycles (amenorrhea), and decreased levels of endogenous oestrogen and other hormones which together resulted in a loss of bone density and a higher risk for osteoporosis (Mountjoy et al., 2014).

The term “Female Athlete Triad” was previously used to explain the consequences of ED or disordered eating among female athletes.

It has since been recognized that the consequences of ED reach far beyond this “triad” and affect both male and female athletes with low energy availability. A new term called Relative Energy Deficit in Sport (RED-S) has been established to reflect these developments (Mountjoy et al., 2014).

Relative Energy Deficit in Sport (RED-S) has since replaced “Female Athlete Triad” to recognize that these consequences are broader than a “triad,” and that male athletes can be affected as well.

RED-S is a term used to describe the physiological consequences that are associated with athletes consuming too little calories for their activity levels (Mancine et al., 2020). These consequences can include: reduced hormone levels such as T3, insulin, leptin, and testosterone, and an increase in cortisol and cholesterol levels (Torstveit et al., 2018). More consequences include a disruption in menstrual cycles in females, impaired bone health, decreased resting metabolic rate, iron deficiency, impaired growth and development in adolescents, early atherosclerosis, impaired gastrointestinal functioning, and impaired immune system functioning (Mountjoy et al., 2018).

ED or RED-S can result in psychological challenges as well, including mood, anxiety, and substance abuse disorders (Mancine et al., 2020). It is important to note that while ED can result in psychological consequences, it can also be preceded by these factors as well (Mountjoy et al., 2014). For example, stress and depression might increase the risk of developing ED, but can also be a result of having low energy available (Mountjoy et al., 2014).

Athletes have much higher energy demands than nonathletes, so the consequences of low-calorie intake resulting from ED or disordered eating can be detrimental to both their health and athletic performance. The International Olympic Committee (IOC) releases regular consensus statements with recent developments, hoping to spread awareness of the risk factors, consequences, and treatment options for athletes who are suffering from such disorders.

EDs have the highest fatality rate of any mental health disorder, regardless of whether someone is an athlete or not. The fatality rate is higher in men than women, and one in five people struggling with anorexia die by suicide (Markey, 2022).

In Conclusion
Eating disorders are just one piece of a larger picture of overall mental health concerns of athletes. This has been a hot topic lately, as we are seeing more elite athletes, like Simone Biles in the 2020 Summer Olympics, willing to open up about their own personal mental health challenges. Athletes may be at high risk for developing ED, along with other mental health disorders, due to the intense physical and mental demands placed on them, increased public scrutiny resulting from social media, team dynamics, and potential for injury (Rice et al., 2016).

The Nutritional Psychology Research Library Sport and Disordered Eating Research Category has been developed as a tool to help coaches, trainers, parents of youth athletes, and athletes themselves, to gain a better awareness of these disorders. This increased awareness, along with knowledge of the risk factors and treatment options available, will help those who work with athletes to gain a better understanding of the mental health challenges facing them. This insight can help to support their physical and mental well-being.

Bashforth, E. (2022, March 21). Eating disorders in athletes: how can we tackle them? Patient. https://patient.info/news-and-features/eating-disorders-in-sport-why-are-they-so-common-and-how-can-we-tackle-them

Sundgot-Borgen J. (1994). Risk and trigger factors for the development of eating disorders in female elite athletes. Medicine and science in sports and exercise, 26(4), 414–419.