Can the Probiotics Found in Yogurt Give Athletes an Edge? 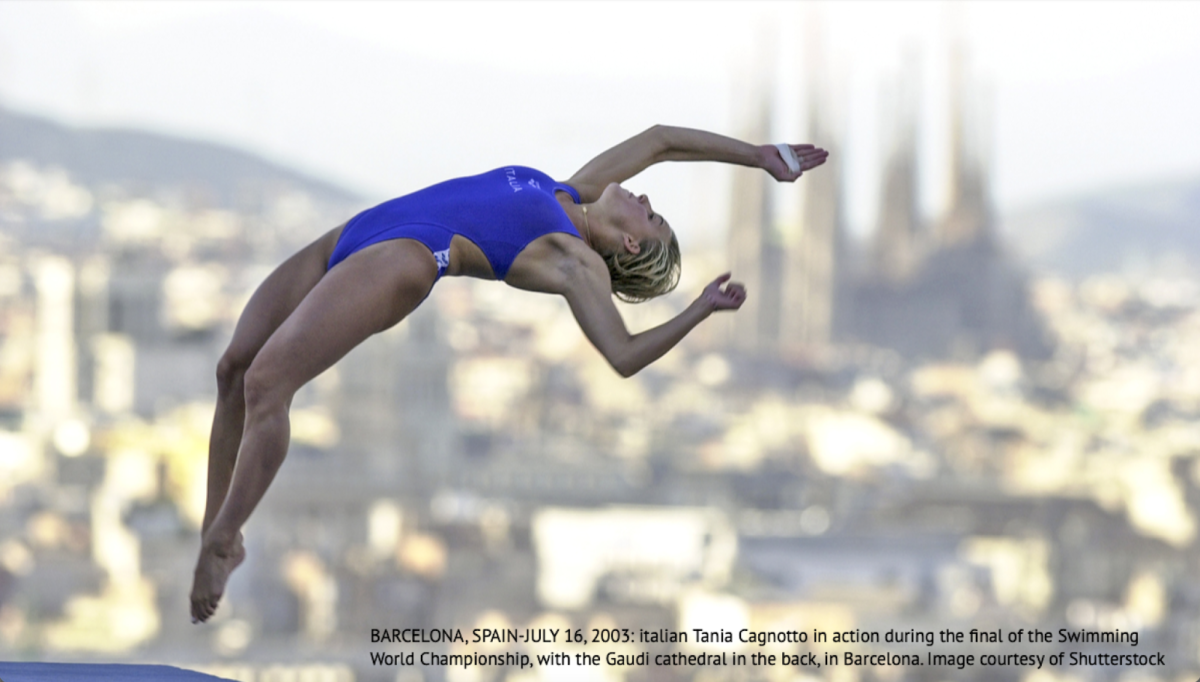 Elite athletes are under immense pressure to perform well. In many instances, their very livelihoods rely on them winning or performing optimally in competition. This pressure often results in an athlete feeling stressed and anxious before and during competition, something that sport psychologists refer to as pre-competitive anxiety. The majority of athletes consider anxiety to be debilitating to performance, and over 50% of sport psychology consultants working with Olympic athletes reported using techniques that help athletes to manage this anxiety during competition (Parnabas et al., 2014).

Pre-competitive anxiety that athletes experience, if left unmanaged, can have severe negative consequences on their overall performance.

The pre-competitive anxiety that athletes experience, if left unmanaged, can have severe negative consequences on their overall performance. These negative consequences can include lapses in concentration, muscle tightness, and diminished perception (Parnabas et al., 2014). In some cases, it can result in a complete breakdown of skilled technical movements, often referred to as the phenomenon of “choking” (Dong et al., 2020).

Big sports fans (and athletes, themselves), know all too well what “choking” looks like in sport. An infamous example of this phenomenon is from Super Bowl LI, when the Atlanta Falcons were winning 28-3 in the third quarter only to end up losing by 6 points in overtime, after letting Tom Brady and the New England Patriots score 31 unanswered points for the win. Still a touchy subject for many Falcon fans out there!

Sport psychologists have been studying the phenomenon of “choking” for decades, and working with athletes to utilize techniques that lessen the impact that their anxiety has on their ability to perform. There have been several theories developed suggesting why this phenomenon occurs, many of which offer insight into how sport psychologists can work with athletes to improve their anxiety symptoms and lessen the instances of “choking” under pressure (Martens, 1990; Woodman et al., 2003; Yerkes & Dodson, 1908). Most of the skills that sport psychologists use to help their athletes manage their anxiety are relaxation techniques including deep breathing, meditation, imagery, and progressive muscle relaxation (Parnabas et al., 2014). However, even more recently researchers are beginning to investigate the impact that an athlete’s diet may have on the instances of “choking” in sport.

Researchers are beginning to investigate the impact that an athlete’s diet may have on the instances of “choking” in sport.

Researchers in China sought to find out diet’s relationship to “choking” by studying elite divers’ performance under pressure. Dong et al. (2020), examined whether the consumption of a cultured probiotic yogurt containing live strains of beneficial bacteria could influence both the contents of an athlete’s gut microbiome and the instances of them choking under pressure in a simulated competition situation.

Why yogurt? To understand why the researchers chose this food source, it’s important to have some background knowledge on the gut microbiome. According to the World Health Organization, probiotics are “live microorganisms which when administered in adequate amounts confer health benefits to the host” (Reid et al., 2019). When looking at several fermented foods, they found yogurt to be one of the best sources of probiotics.

The human intestines are home to trillions of bacteria, together called the gut-microbiome. These bacteria have an impact on human physical health, and are more recently being implicated in mental health and performance (Liang et al., 2018). How does something so far away from the brain have any control over our mental processes? Well, gut bacteria produce substances such as neurotransmitters and hormones that make their way up to the brain and play a role in an individual’s response to stress, anxiety, and depression (Dong et al., 2020), something that athletes who are under pressure to perform optimally know well! Probiotics have been shown to ameliorate depression and anxiety scores in several studies because of their impact on the gut microbiome (Mohajeri et al., 2021).

The “choking” phenomena in sport may be related to the composition of an athlete’s gut microbiome.

Because of the technical nature of their sport, elite divers are at high risk for experiencing “choking.” The researchers in this study wanted to find out if supplementing these diver’s diets with probiotics found in yogurt would help to regulate the athletes’ gut microbiome, and whether this would impact the likelihood of them “choking” under the pressure in a stimulated competition situation. This study explored two different experiments: the first being the correlation between the gut microbiome and the instances of “choking” in the athletes, and the second being the potential cause-effect relationship between supplementing the athletes’ diet with yogurt containing probiotics, and subsequent changes in the gut microbiome and the “choking” phenomena.

After this initial measurement, the researchers then divided the group between a high yogurt consumption group that received a higher intake of probiotic yogurt for 15 days, and a control group which did not receive extra yogurt supplementation. They then tested their gut microbiome content and their choking index, and found significant differences between the two groups in their gut-microbiome composition and their instances of “choking” under pressure!

Studies like these illuminate that many aspects of human performance are impacted by the diet-mental health relationship, including sport. To find out how dietary intake patterns affect all aspects of human psychological, behavioral, cognitive, sensory-perceptual, interoceptive, and psychosocial well-being, visit the CNP Research Libraries.