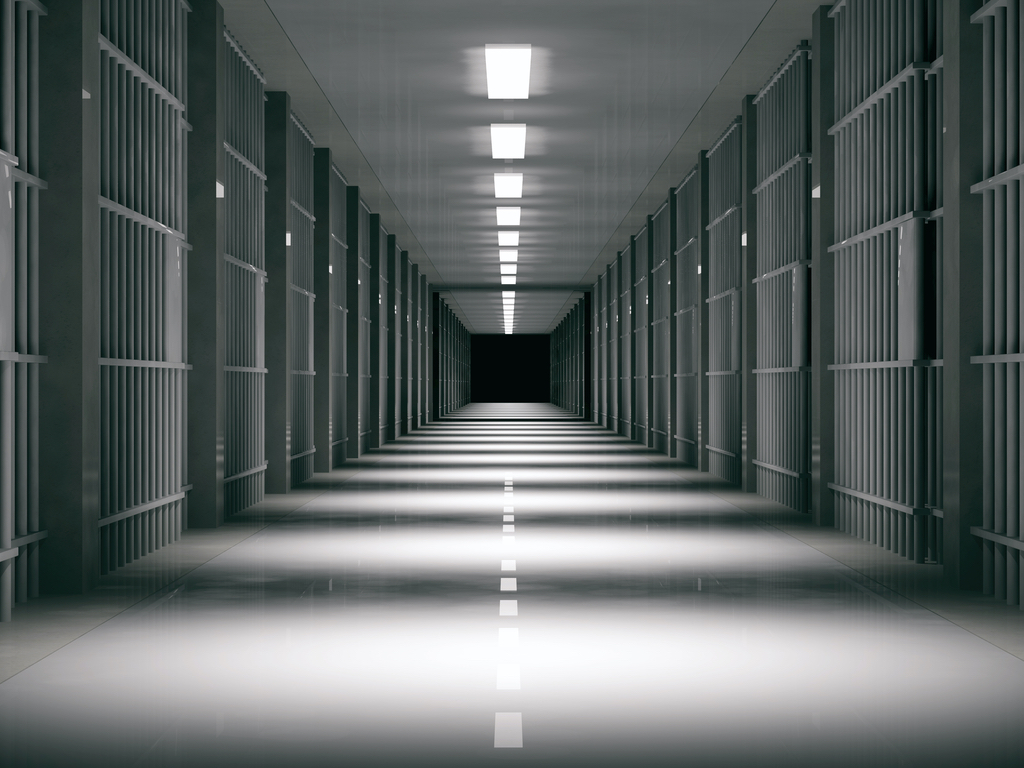 The CNP Diet and Violence Research Category consolidates research exploring the interdependent relationship between dietary intake and violence. To view each original study on the open internet, click “Original.” To view the CNP summary of the study, click “CNP Summary.” While a small portion of the studies in this research category is available below for free, the full set of studies (and their summaries) are available to CNP members through the CNP Library Membership.

You may be what you eat, can you be violent due to your food?

While there have been studies analyzing the relationship between micronutrients and antisocial behaviors, Du (2019) focuses on the influence of specific food types and dietary patterns on violent behaviors. The study notes that certain foods are associated with an increase in violence, namely junk food (westernized diet), coffee, soda, and chocolates. These foods disrupt brain development, neurochemical metabolism, and communication among neurotransmitters such as serotonin and dopamine. Dietary patterns have also been linked with more violent behaviors. Additionally, those individuals oblivious to their milk or natural salicylate intolerance tend to show increased violent habits. The replacement of these violence-inducing foods at schools, companies, and prisons is possible and may help prevent violence and cut down on antisocial behaviors. [NPID: violence, micronutrients, antisocial, loneliness, junk food, WS diet, Western-style diet, coffee, soda, chocolate, neurochemical metabolism, serotonin, dopamine, salicylate, prison]

Gesch (2013) tested the hypothesis that poor diet is one of the factors that predisposes an individual to develop antisocial behaviors. This study supplied violent young adult prisoners between the ages of 18-21 with food supplements to ensure consumption of nutrients that were lacking before. The supplement capsules contained the daily requirements of vitamins, minerals, and essential fatty acids. The 231 volunteers were randomly selected to either receive the supplement capsule or a placebo. The number of offences committed by each prisoner before and while taking the supplement were documented. Those prisoners who were given nutrients committed significantly (26.3%) fewer offences than those who consumed the placebo. There was also a 37% reduction in the number of most serious crimes committed by the inmates given real supplements. Furthermore, another double-blind study conducted by the Dutch Ministry of Justice replicated these findings. Further replication would confirm a simple and humane way to reduce and prevent violence and antisocial behaviour. This study supports providing people in jail with a more nutritious diet since the only risk is better health. [NPID: violence, antisocial, loneliness, prison, prisoners, fatty acids]

This 2018 study was conducted to investigate whether there is any correlation between dietary patterns among youth, bully perpetration, and bully victimization. Jackson & Vaughn examined around 150,000 youths, aged 10–16, from 40 different countries, noting the prevalence of bully victimization and perpetration as well as dietary information. Nutritional assessment was based on the adolescents’ meal deprivation and consumptions of healthy and junk foods. These 3 nutritional variables were found to be significantly associated with bully perpetration, regardless of whether bullying co-occurred with victimization. Those who ate low quantities of healthy foods were at a 24% higher risk of bullying others, while high junk food intake and frequently depriving oneself of meals were linked with 66% and 48% higher likelihood of taking part in bullying, respectively. However, there was no connection between any of the 3 dietary dimensions with odds of being a victim of bullying. These findings indicate that youths who are deprived of meals regularly and eat high levels of junk foods and low amounts of healthy foods, are more than twice as likely to bully others, in comparison with those youths who report none of these 3 dietary problems. A strategy for reducing bullying rates among youths may be to implement dietary interventions that diminish hunger and enhance eating behaviors. [NPID: violence, bullying, meal deprivation, junk food]

Violence, aggression and our food

This 2021 editorial presents evidence from the literature of the link between inadequate nutrition and the development of aggressive behavior. To begin, Brown provides a summary of previous studies demonstrating associations between optimal intake of a diverse variety of vitamins and minerals, with reduced violent and aggressive behavior in children, adolescents, and adults. Then, this article discusses a particular conceptual model by which environmental factors such as a person’s social environment and the quality of soils collectively contribute to low nutrient status and changes in neurological function leading to modified behavior including violence and aggression. The study of this connection between malnutrition and psychiatric and behavioral disorders can give rise to enhanced treatments as well as the potential for lower-cost therapy and improved patient outcomes. [NPID: violence, aggression, neurological function, malnutrition]

Diet quality and physical fighting among youth: A cross-national study

The aim of this 2017 study was to find out if exposure to violence leads to increased obesogenic behaviors (unhealthy food and beverage consumption, poor quality sleep, and lack of physical activity) among young adolescents. Piontak et al. signed up at-risk adolescents between 12 and 15 years of age via telephone screening from low-income neighborhoods. Assessments were carried out in-person with both the adolescent and their parents before Ecological Momentary Assessments (EMAs) were sent to the 151 adolescents' mobile phones three times a day for 30 days. Compared to days of no exposure, on days in which the adolescents were exposed to violence, higher odds of consuming unhealthy foods and beverages were observed, in addition to increased activeness and reports of tiredness the next morning. Further analysis revealed that at-risk individuals who showed higher intakes of soda and caffeinated beverages during the 30-day EMA were more likely to grow in BMI in later adolescence. Although no significant same-day associations were found between violence exposure and unhealthy dietary consumption, sleep- and activity-related findings were backed up by the population-based replication sample that included 395 adolescents. To summarize, violence exposure was related with same-day unhealthy dietary consumption among at-risk adolescents and next-day tiredness related to sleep quality among adolescents from both at-risk and normative populations. There were also signs that unhealthy soda consumption during early adolescence can predict weight gain among at-risk adolescents. [NPID: violence, obesity, sleep, sleep quality, low income, soda, adolescence]

The effect of dietary supplementation on aggressive behaviour in Australian adult male prisoners: A feasibility and pilot study for a randomised, double blind placebo controlled trial

In this 2020 randomized controlled trial, adult male prisoners were randomly given either omega-3 long chain polyunsaturated fatty acids (n-3 LCPUFA) and multivitamin supplements or a placebo to determine the effect of nutritional supplements on aggressive behavior. While 136 adult males signed up for the 16-week trial, 60% stayed for the experiment. The measures of aggressive behavior [institutional records of misconduct (IRM), the Inmate Behaviour Observation Scale (IBOS)] were collected for all of the participants, while 82-97% completed the questionnaires (also to examine aggressiveness) and 93% of blood samples (to inspect erythrocyte n-3 LCPUFA levels) were successfully collected. Prisoners were 4.3 times more likely to have an IBOS over 2 if they are below the 6% cut off on the omega-3 index. But Cortie et al. could not identify any significant differences in outcomes between the supplement group and the placebo group, with both groups improving overall across all measures. A greater sample size of 600 subjects was suggested by a power calculation, to detect the impact of dietary supplementation on aggressive behavior. [NPID: violence, omega-3s, polyunsaturated fatty acids, multivitamin, prison, prisoners]

This is a randomized placebo-controlled trial from 2002 that checked whether adding nutritional value to young adult prisoners’ diets can positively affect their behavior. There was already evidence indicating that offenders’ lack of essential nutrients in their diets may adversely influence their behaviors. The 231 prisoners were randomly allocated to either receive a placebo capsule or a supplement of vitamins, minerals and essential fatty acids. Comparing the subjects’ disciplinary offences before and during supplementation, those participants given nutritional supplements were found to commit 26.3% fewer offences on average, compared with those prisoners consuming placebos. Compared to the baseline disciplinary records, supplement consumption for a minimum of 2 weeks saw an average 35.1% reduction in offences. However, these statistics stayed within standard error for the placebo group. Gesch et al. therefore concluded that increasing intakes of vitamins, minerals and essential fatty acids can reduce antisocial behavior within prisons. [NPID: violence, prison, prisoners, vitamins, minerals, essential fatty acids, fatty acids]

Association of breakfast intake with psychiatric distress and violent behaviors in Iranian children and adolescents: The CASPIAN- IV Study

Association of breakfast intake with psychiatric distress and violent behaviors in Iranian children and adolescents: The CASPIAN- IV Study