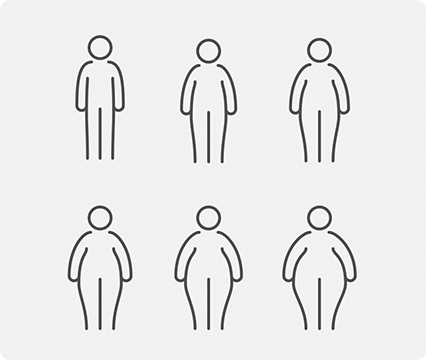 The CNP Diet and Body Image Research Category consolidates research exploring the interdependent relationship between dietary intake and body image. Thank you to CNP Contributor Tara Cristobal-Rivera, CN, PsyD (in pursuit). To view each original study on the open internet, click “Original.” To view the CNP-written abstract summary, click “CNP Summary.” While only some of the CNP-written abstract summaries are available below for free, all abstract summaries are available to CNP members through the CNP Library Membership.

Williams-Kerver & Crowther (2020) examined emotion differentiation (the ability to distinguish between discrete emotions in the moment) and its association with eating disorder symptoms, since it has been linked with maladaptive behaviors such as disordered eating. Another aim of this study was to investigate whether appearance schemas moderate this interaction between emotion differentiation and eating disorder symptoms. It has been suggested that individuals who are concerned about appearance-related matters in their environment may pay less attention to other internal processes. The participants of the study were 118 female undergraduate students. Daily disordered eating behaviors and emotions were tracked using ecological momentary assessments for seven days. Emotion differentiation was measured using the students’ negatively-valenced (NED) and positively-valenced (PED) daily affect ratings. Significant interactions were spotted between negatively-valenced daily affect, severity of eating disorder symptomatology, and frequency of compensatory behaviors. The data also suggested that poor negatively-valenced affect, combined with stronger appearance schemas, resulted in more frequent adoption of compensatory behaviors and more severe eating disorder symptoms. It was revealed that better NED predicted daily engagement in dietary restriction. This study may facilitate greater understanding of eating disorder symptomatology, uncovering clinically significant information on a crucial aspect of emotional experience.

Association of body image (dis)satisfaction and perception with food consumption according to the NOVA classification: Pró-Saúde Study (2020)

Published works on body image and diet mostly discuss individual foods, without enough focus on the part ultra-processed foods play in dietary consumption. In this study by Oliveira et al. (2020), the authors aimed to evaluate the relationship between body image (dis)satisfaction and perception of dietary consumption, in accordance with the NOVA classification (a classification system that segregates food according to the degree of industrialized processing involved in the production, composed of four groups from ‘minimal’ to ‘ultra-processed’). The authors conducted their study on 514 university employees, using a Body Mass Index to fashion a body silhouette scale to evaluate body image (dis)satisfaction. A Food Frequency Questionnaire was used to collect data on dietary intake, classified into three groups: unprocessed/minimally processed foods/culinary ingredients, processed food, and ultra-processed food. The results revealed that, amongst the employees, the diet of women who reported dissatisfaction with body weight was composed of higher amounts of ultra-processed foods. Similarly, women who exaggerated their body size estimation ate smaller amounts of unprocessed or minimally-processed foods and culinary ingredients, compared to other women who did not suffer from a distorted body image. In summary, the results demonstrated a stronger relationship between food intake and body image (dis)satisfaction than perception, and a substantial link was identified between body image dissatisfaction and unhealthy dietary habits. The authors comment that these links warrant public health attention as they may play a role in the onset of chronic diseases and ultimately lead to a reduction in the quality of life. Moreover, the authors suggest adopting body image assessment in clinical and nutrition practice. [NPID: Body contour, body image, dietary intake, food processing, perception of size, ultra-processed foods]

Since body dissatisfaction has been heavily linked with negative health outcomes in young women, this 2018 study decided to consider this relationship among middle-aged and older women. The goal of this study was to explore the association between desire to lose weight, energy intake and psychological health among women in the 40-59 and 60-80 age categories who participated in the cohort study CoLaus. The desire to lose weight was common across all age categories and even in women with normal BMIs. Compared to women who did not wish to shed weight, these “normal BMI'' women reported more depressive symptoms, lower satisfaction with their quality of life, and consumed lower energy and protein per kg of body weight. Furthermore, the desire to cut down on weight was linked with psychological health in women with overweight/obesity, and in both age groups. To summarize these findings, the desire to lose weight may be related to poor psychological well-being in middle-aged and older women, and even in those with normal BMI. [NPID: body image, body dissatisfaction, psychological health, depression, quality of life, obesity, well-being]