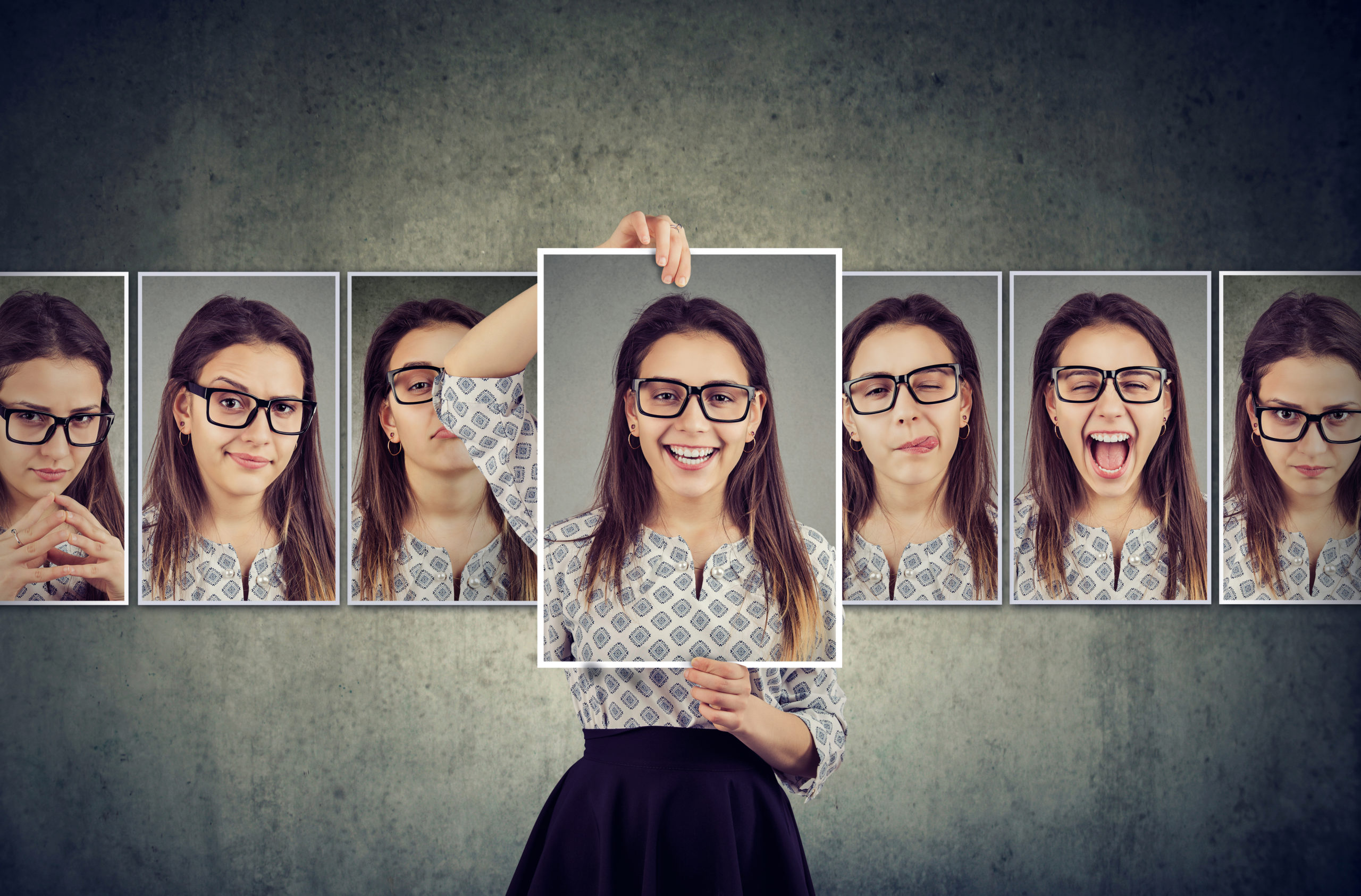 In this 2017 study, the relationship between personality (using the 5 traits: neuroticism, extraversion, openness to experience, conscientiousness, and agreeableness) and plant-food consumption was investigated among 1073 young adults aged 17-25. An internet daily diary (21/13 days) allowed the researchers to assess the participants’ daily intake of fruits, vegetables, and two unhealthy foods (for comparison purposes), as well as their Neuroticism, Extraversion, Openness Five Factor Inventory (NEO-FFI) aspects of personality, and their demographic information such as gender, age, ethnicity, and body mass index (BMI). Among the young adults increased openness and extraversion, and to some extent conscientiousness, were related with greater consumption of fruits and vegetables, while neuroticism and agreeableness could not be linked. These associations did not apply to unhealthy foods. Also young adult women were identified as greater fruit and vegetable consumers than young adult men in this experiment. These results suggest that personality traits associated with more intellect, curiosity, and social engagement (openness and extraversion), and to a lesser extent, discipline (conscientiousness) are correlated with higher levels of plant-food consumption among young adults, confirming the importance of personality in the practice of healthy dietary habits that could improve consequential health outcomes later in life.

Implications of personality and parental education on healthy lifestyles among adolescents

This 2020 longitudinal study explored the relationship between personality traits, parental education and health-related lifestyles among Spanish adolescents studying in secondary schools in Spain. Data on sociodemographic, parental education and personality (Big Five Questionnaire for Children) of the 1,123 student participants (aged 14-15) were collected at baseline, before the subjects were followed up after 18 months on adherence to a healthy diet (KidMed index), tobacco and alcohol consumption, physical exercise, sleep problems and recreative screen and social network time. A total of 824 adolescents (73.4%) completed the 18 months assessment and 695 (84.3%) presented valid data. Yañez et al. (2020) discovered that adolescents with higher conscientiousness were less likely to show non-adherence to the Mediterranean diet (OR = 0.7), consume tobacco (OR = 0.5) and alcohol (OR = 0.6), and excessively use screens (OR = 0.7) and social network sites (OR = 0.7), while those with greater emotional instability were more likely to smoke tobacco (OR=1.5) and have sleeping problems (OR = 2.0). Increased signs of extraversion were significantly linked with a lower risk of physical inactivity (OR = 0.7) but also with raised risk of poor adherence to Mediterranean diet (OR = 1.3), as well as tobacco (OR = 2.7) and alcohol consumption (OR = 1.9), and excessive use of social network sites (OR = 1.6). Finally, lower parental education was related with low adherence to Mediterranean diet (OR = 1.6) and issues sleeping (OR = 1.8) among the adolescents. When cluster analysis of health-related behaviors were performed, two different clusters (unhealthy and healthy adolescents) that were associated with personality traits were identified. To conclude, parental education and the personality traits (conscientiousness, extraversion, emotional instability) are independent factors connected with living a healthy lifestyle during adolescence.

Intiful et al. (2019) gathered 400 University students in Ghana to study the association between their dietary habits with [examined using the three factor eating questionnaire (TFEQ)] with personality traits [assessed using a 50-item International Personality Item Pool (IPIP) by Goldberg]. The students were evaluated on the big 5 personality traits (extraversion, conscientiousness, agreeableness, openness and neuroticism) while their socio-demographic data and Body Mass Index were also collected. Most students scored highly for conscientiousness, and each personality trait, apart from neuroticism, was significantly associated with at least one of the dietary habits explored: conscientiousness with variety (p = 0.045) and sugar moderation (p = 0.006); agreeableness with with neophagia (p = 0.005), skipping of meals (p = 0.007) and variety (p = 0.005); and openness with food interest (p = 0.009). Furthermore, extraversion was positively associated with neophagia (p = 0.028) and food interest (p = 0.008). While this study has displayed several links between personality traits and dietary habits, additional research would be required to assist the development of novel interventions that are capable of identifying individuals at risk of diet related diseases.

This 2016 study assessed 1,056 young adults on their sugar-sweetened soda (SSS) and sweet pastries (SP) consumption and their perceived peer descriptive eating norms for SSS and SP, before examining whether personality traits, such as social acceptance and self-control, has an influence on whether the participants display similar dietary habits to their peers. Robinson et al. (2016) found that when an individual believed that his/her peers frequently consumed SSS and SP, they personally ate more of both. Low self-control was associated with higher likelihood to adhere to peer norms for SP, but not for SSS, while trait social acceptance needs did not significantly moderate similarity between peer norms and personal consumption for either SSS or SP. Therefore, the adherence to descriptive peer dietary norms may depend on young adults’ level of self-control, with social influences of descriptive peer norms heavily affecting dietary behavior in people with low self-control.

This 2013 study tested whether the personality of 8 young men (aged 18-24) was related with their fruit and vegetable consumption. Four of the participants consumed 2 portions of fruits and vegetables or less every day (low group), while the other four ate over 4 servings daily (high group). Of the five personality dimensions (extraversion, agreeableness, openness, conscientiousness, and emotional stability), high TIPI scores in conscientiousness and emotional stability were related with high fruit and vegetable consumption, while low scores equated to low intakes. The thematic analysis of the interviews supported this trend, except one case in which a low consumer was interviewed and the findings did not align with his TIPI scores. This discrepancy could be explained by a variety of factors including the social context of the target behavior and potential incongruities in survey data. These findings may suggest that behavioral interventions may be more effective employing cognitive behavioral therapy rather than dietary interventions, although larger surveys using validated personality assessments and quantitative interviews are needed to provide substantially convincing evidence.

This 2020 study analyzed the association between personality with eating behavior and signs of eating disorders among 1,676 adolescent girls (majority Australian). Three personality traits (neuroticism, extraversion, and conscientiousness) were assessed at age 12 and again at age 14, while eating and weight management behaviors were observed at age 14. After controlling for sociodemographic characteristics, Allen et al. (2020) discovered that higher levels of conscientiousness at age 12, and increases in conscientiousness between ages 12 and 14 were associated with greater fruit and vegetable consumption, less frequent meal skipping, better oral health, a lower intake of fat-rich foods and high-sugar drinks, and smaller risk of partial syndrome bulimia nervosa at age 14. Other findings included correlations between: higher neuroticism at age 12 with more frequent meal skipping; increases in neuroticism between ages 12 and 14 with more frequent meal skipping and increased risk of partial syndrome bulimia nervosa at age 14. While significant relationships between extraversion and weight management/eating behaviors were not found in this study. These results show that there is a connection between personality with dietary behavior, eating disorder symptoms, and oral health during mid-adolescence.

In this 2018 study, the 15,346 Spanish adult participants of the Seguimiento Universidad de Navarra cohort were utilized to investigate the correlations between the levels of self-perceived competitiveness, psychological tension, and dependency with lifestyle among university graduates. A questionnaire was administered at baseline to evaluate the subjects’ level of personality traits, food consumption, nutrient intake, eating attitudes, physical activity, sedentary lifestyle, and alcohol and tobacco consumption. Greater levels of perceived competitiveness was related with healthier eating attitudes, higher physical activity, lower risk of smoking, and increased consumption of fish, vegetables and proteins, but less intake of refined grains. Spanish adults with high levels of tension or dependency were less physically active, while those more dependent also did not adhere well to the Mediterranean diet. Thus, personality traits such as competitiveness are likely to be associated with healthier dietary patterns, better nutrient profile, better eating attitudes, physical activity, and less exposure to smoking. By questioning adults on self-perceived levels of competitiveness, psychological tension, and dependency, surveyors can obtain more telling information on their lifestyles and diets.

Temperament profiles are associated with dietary behavior from childhood to adulthood

Since temperament is believed to be possibly related with dietary behavior over a person’s lifespan, this 2020 study aimed to evaluate the association between temperament during toddlerhood with dietary behavior and dietary intervention outcomes across 18 years. Data on 660 children (52% boys) from the randomized controlled trial, The Special Turku Intervention Project (STRIP), was used. The toddlers’ temperaments were assessed at 2 years of age using Carey temperament scales, yielding 3 temperamental groups: negative/low regulation (19% of the children); neutral/average regulation (52%); and positive/high regulation (28%). When the participants were between 2-20 years old, their dietary behaviors were examined using food records, and converted into a diet score. Dietary behavior showed a significant quadratic U-shaped curve over time (B for quadratic association = 0.39, P<.001; B for linear association = 0.09, P = 0.58). In comparison with children in the neutral/average or in the positive/high regulation group, those in the negative/low regulation temperament group had a lower diet score (less healthy diet) across the 18 years. But temperament did not have any interactive effects with the intervention, and was not associated with the rate of change in diet over time. Lipsanen et al. (2020) concluded that children with highly negative moods, high irregularity and intense emotions are more likely to eat less healthily over their lifespan.

The aim of this 2020 study was to determine whether temperament in pre-adolescence has an impact on development of eating pathology and body weight in adolescence and young adulthood. Data was extracted from the Dutch community cohort study, TRAILS (Tracking Adolescents' Individual Lives Survey), in which 2,230 participants were enrolled. When the subjects were 11 years old, the revised Early Adolescent Temperament Questionnaire was used to measure their negative affectivity and effortful control. At age 19, the young adults were screened for eating disorders based on a two-stage system, including interviews conducted by eating disorder experts, while their level of eating pathology was assessed at age 22 and 26 by employing the Eating Disorder Diagnostic Scale. Body mass index (BMI) was measured at all assessment waves. The results showed a link between increased negative affectivity during pre-adolescence with higher BMI and eating pathology during young adulthood. While no association was found between effortful control in pre-adolescence and eating pathology in later life, lower effortful control measured at 11 years old correlated with higher risk of obesity in young adulthood. Van Eeden et al. (2020) declared that both negative affectivity and effortful control can influence the development of weight/eating problems.