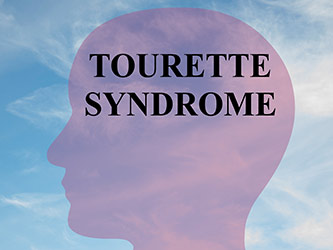 Higher adherence to the Mediterranean diet is associated with reduced tics and obsessive-compulsive symptoms: A series of nine boys with Obsessive-Compulsive Tic Disorder

This 2019 study suggests that there may be a bidirectional relationship between dietary habits and the clinical symptoms of Obsessive-Compulsive Tic Disorder (OCTD) such as impulsive behaviors. The literature has demonstrated that OCTD symptoms can influence eating behaviors, and that food patterns or dietary supplements may reduce clinical severity. This article highlights the effectiveness of nutritional counseling in altering unhealthy eating habits among a group of 9 boys from Italy with OCTD. The children were given non-specific Mediterranean dietary advice to promote a balanced diet. A month later, the severity of the boys’ tics and obsessive-compulsive behaviors were found to be lower, although their quality of life also dropped. To summarize, healthier dietary patterns may be linked with improvements in severity of tics and obsessive-compulsive behaviors in boys with OCTD. It was also deduced that the effects of nutritional interventions on the quality of patients’ life should be considered, particularly when young children are involved. Neuropsychiatrists, clinical psychologists, and nutritionists should all play a part in the treatment of OCTD patients. [NPID: OCTD, OCD, obsessive, tics, Italy, disorder, Mediterranean diet]

Understanding the impact of diet and nutrition on symptoms of Tourette syndrome: A scoping review

Since diet appears to have a role in the maintenance of tics in children with Tourette syndrome, this 2018 review article aimed to understand the possibly stimulating effect of diet on tics. In search for answers, the authors planned to find the existing studies that report dietary interventions in children with Tourette Syndrome (TS). Although there was no evidence suggesting a single diet that has a positive impact on TS, oligoantigenic diets and sugar-free diets have been found to significantly reduce tics. However, parents of children with TS have implied that there may be a connection between consumption of certain food allergens and worsened tic-related symptoms. Moreover, an increase in tics has been linked with the intake of caffeine and refined sugar. After conducting this scoping review, Ludlow & Rogers believe that further research is urgently required to develop an accurate guide for parents and children with Tourette’s. Many have started using dietary and nutritional supplements, despite the limited evidence on its benefits, side effects and recommended doses. [NPID: tics, Tourette’s, Tourette’s syndrome, diet, sugars, supplements, food allergens, caffeine, disorder, syndrome]

Efficacy of a gluten-free diet in the Gilles de la Tourette syndrome: A pilot study

According to this 2019 study, research on Tourette Syndrome (TS) is lacking, despite being linked with diet. While there has been a considerable number of studies on children's diet, eating behaviours and sensory processing in comorbid disorders such as autism spectrum disorder (ASD), Tourette Syndrome seems to be overlooked by researchers. Thus, this present study looked at selective eating, food preferences and sensitivity in both children with and without TS. The caregivers of both groups of children (with and without TS) completed a couple of questionnaires and a Short Sensory Profile online. It was found that kids with Tourette Syndrome show significantly higher levels of food selectivity and sensory sensitivity, and less preference for fruits and vegetables than typically developing children. While higher levels of overall sensory sensitivity predicted eating outcomes in the Tourette’s group, only sensitivity to taste/smell was found to be a predictor of food selectivity and preference for vegetables for both groups. These findings suggest that strategies addressing atypical sensory processing may positively influence food selectivity in children with TS. [NPID: Tourettes. Tourette Syndrome, children, diet, food preference, food sensitivity, nutrition, fruits and veg]