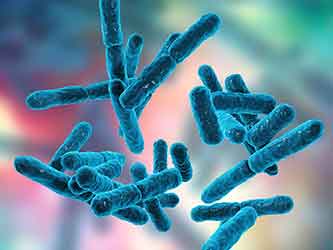 In this double-blind, randomized trial (published in 2020), 85 preschoolers with autism were randomly assigned to receive either probiotics or placebo for 6 months. This study tested the effects of probiotics on autistic children since these “psychobiotics” were believed to enhance behavior and modulate brain activity and function. Around 74% of the child participants completed the trial. The study found no difference in the primary outcome measure, Total Autism Diagnostic Observation Schedule - Calibrated Severity Score (ADOS-CSS), between the two groups. Upon examining subgroups of children with or without gastrointestinal (GI) symptoms, those without GI issues in the probiotics group scored lower in ADOS-CSS than those in the placebo group. Moreover, the kids with gastrointestinal problems who were treated with probiotics showed greater improvements in some GI symptoms, adaptive functioning, and sensory profiles than those in the GI group but who were treated with the placebo. Overall, these results suggest that probiotics can potentially positively influence the core symptoms of autism spectrum disorder. The next set of studies should replicate this present study design while using a wider population of autistic patients. [NPID: autism, autism spectrum disorder, ASD, autistic, probiotics, children, child, gastrointestinal, symptoms, GI, intestinal, gut]

In this 2020 double-blind randomized trial, 32 drug-naive children and adolescents diagnosed with attention deficit hyperactivity disorder (ADHD) were randomly assigned to either receive the probiotic strain Lactobacillus rhamnosus GG ATCC53103 (LGG) or a placebo. The objective of this study was to examine the potential impact of this bacterial strain on ADHD symptoms, health-related quality of life (QoL), and blood levels of cytokines in young people with ADHD. There was a significant improvement in the PedsQL self-report total score (an assessment of quality of life) after 3 months of probiotic treatment, whereas there was no marked difference in the placebo group. The psychometric outcomes assessed by parents and teachers were not as simple to analyze. When examining cytokine levels at the 3-month mark, there were statistically significant changes in IL-6 readings in both the probiotic and placebo groups. There were also alterations in TNF-α concentration in the placebo group at the 3-month treatment period. The better health-related quality of life scores observed in children and adolescents with ADHD in the probiotic group (relative to those who took placebos) suggested that ingesting the LGG strain can provide benefits. Some results on psychometric data and inflammatory cytokine levels were not so reliable. Future research studies should plan a longer observation period (of 6-12 months), include more self-reported examinations for children, recruit non-drug naive patients, and possibly remove serum cytokine measurement. [NPID: ADHD, attention deficit hyperactivity disorder, probiotics, supplements, supplementation, bacteria, quality of life, children, adolescents]

In search of an effective treatment for autism spectrum disorders (ASD), this 2020 study firstly compared autistic and typically developing children on several outcomes such as gut microbiota profiles, fecal short-chain fatty acids (SCFAs) and plasma neurotransmitters. Then, the sample was randomly divided into two groups: the treatment group who received probiotics and fructo-oligosaccharide (FOS); and another group who were given placebos. Initially, the children with ASD showed signs of gut dysbiosis (an imbalance in gut microbiota community) in addition to lower levels of Bifidobacteriales and Bifidobacterium longum. However, the abundance of these beneficial bacteria increased after probiotics and FOS administration. Along with increased inhibition of Clostridium (a suspected pathogenic bacteria), the probiotic + FOS intervention markedly reduced the severity of autism and gastrointestinal symptoms. Compared to children in the control group, those with autism were found to have notably lower levels of some SCFAs (such as acetic acid, propionic acid and butyric acid) and appeared to exhibit dopamine metabolism disorder. The concentration levels of these fatty acids increased after consumption of probiotics and FOS, reaching similar readings to the control group. Furthermore, the signs of dopamine metabolism disorder disappeared after the probiotic + FOS intervention. These changes were only seen in the intervention group, and not in the placebo group. In conclusion, taking probiotics and fructo-oligosaccharide (FOS) can modulate gut microbiota, and SCFAs and serotonin in children with autism. [NPID: autism, autism spectrum disorder, ASD, gut microbiota, gut microbiome, gut bacteria, GI, gastrointestinal, fatty acids, children, SCFA, probiotics, supplements, supplementation]

Since gastrointestinal (GI) issues are common complaints from patients with autism spectrum disorder (ASD), this 2019 review looks at probiotics, which have shown to alleviate GI symptoms and improve behavior in autistic children. This is a systematic review on the impact of prebiotics/probiotics on ASD and its associated symptoms. Eight clinical trials were added to the review after a thorough systematic search on several databases for relevant articles. Two of the included clinical trials evaluated the use of prebiotics and/or diet exclusion, while children with ASD were supplemented with probiotics in 6 clinical trials. The prebiotics improved some GI symptoms, but also reduced anti-sociability scores when combined with a gluten- and casein-free diet. However, probiotics did not appear to ease the GI or behavioral problems in children with ASD (in the 2 double-blind, randomized trials included in this review). In conclusion, there was limited evidence suggesting that prebiotics and probiotics are efficacious in managing the GI or behavioral symptoms in children with ASD. Also, this review found that there was no standardized probiotics regimen, with various cocktails of strains and concentrations of probiotics, and variable duration of treatments. [NPID: autism, autism spectrum disorder, probiotics, review, ASD, gut microbiota, gut microbiome, gut bacteria, GI, gastrointestinal, children, probiotics, supplements, supplementation]

This 2019 study assessed the effects of the bacteria Lactobacillus plantarum PS128 (PS128) on boys in Taiwan with autism spectrum disorder (ASD). All the subjects were aged between 7 to 15 years and were diagnosed with ASD as per the inclusion criteria. The kids were randomized to either receive the probiotic supplementation or a placebo for 4 weeks. The primary outcomes of this study were measured using questionnaires such as the Autism Behavior Checklist-Taiwan version (ABC-T), the Social Responsiveness Scale (SRS) and the Child Behavior Checklist (CBCL). The secondary outcomes included the Swanson, Nolan, and Pelham-IV-Taiwan version (SNAP-IV) and the Clinical Global Impression-improvement (CGI-I). Lactobacillus plantarum PS128 demonstrated its ability to ameliorate opposition or defiance behaviors. In addition, autistic children in the probiotic treatment group significantly improved in SNAP-IV score when compared to individuals in the placebo group. Several enhanced features were found in the treatment group after 28 days PS128 consumption. Despite these findings, additional research is warranted to better understand the impacts that PS128 can have on autistic children with broader symptoms. [NPID: autism, autism spectrum disorder, ASD, autistic, children, young, youth, Taiwan, probiotics, bacteria, supplements, supplementation, alternative]

While many studies have reported that gut microbiota can affect autism spectrum disorder (ASD) symptoms and gastrointestinal (GI) problems, this 2019 Chinese study highlights the limited data available on microbiota’s effects in non-Western populations. Since probiotics supposedly modify the intestinal microbiota and strengthen gastrointestinal function, this study compared the effect of applied behavior analysis (ABA) training only with a combination of probiotics and ABA training. Additionally, this paper explored the major differences between autistic and neurotypical (NT) individuals. There was significant variation found between the neurotypical and autistic participants in the evenness of the gastrointestinal microbiota and the relative abundance of the bacterial phyla and genus. For instance, the abundance of Bacteroidetes in the ASD group was significantly lower than in the NT group. With regards to genera, the relative abundance of Bacteroides, Bifidobacterium, Ruminococcus, Roseburia, and Blautia in the ASD group was significantly lower than that in the NT group. When comparing the ABA training only to the combination with probiotic treatment, the Autism Treatment Evaluation Checklist (ATEC) and gastrointestinal (GI) scores of the ABA + probiotics group decreased more than the control group with ABA training only. To summarize, this trial found that the gut microbiota of children with autism are different to typically developing individuals, regardless of presence of gastrointestinal issues. When combined with ABA training, probiotic treatment can provide extra benefit to autistic kids. [NPID: autism, autism spectrum disorder, ASD, probiotics, autistic, supplements, supplementation, gastrointestinal, microbiota, bacteria, gut, intestinal]

Role of the gut microbiota in the pathophysiology of Autism Spectrum Disorder: clinical and preclinical evidence

This 2020 paper discusses the potential role of the intestinal microbiota in the physiopathology of autism spectrum disorder (ASD). Environmental and genetic factors are believed to affect onset of autism. Since the incidences of gastrointestinal symptoms in autistic patients are 4 times higher than that of the general population, researchers are investigating the involvement of the gut microbiota in this disorder. Autistic patients have previously shown altered microbiota composition and unusual production of bacterial metabolites. There are also articles that support the involvement of the immune system and tryptophan metabolism (in the gut and the central nervous system) in the pathophysiology of ASD. Furthermore, several clinical studies and many preclinical studies have reported that antibiotic and probiotic treatments, as well as fecal microbiota transplantation, can possibly improve behavior in patients with autism. [NPID: autism, autism spectrum disorder, ASD, probiotics, antibiotics, autistic, supplements, supplementation, gastrointestinal, microbiota, bacteria, gut, intestinal, transplant, transplantation]