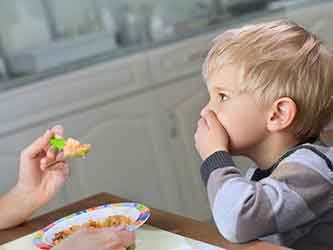 The CNP Sensory Sensitivity and Eating Research Category consolidates research exploring the relationship between sensory sensitivity and eating during childhood and adolescence.

The relationship between sensory sensitivity, food fussiness and food preferences in children with neurodevelopmental disorders

Eating as an autistic adult: An exploratory qualitative study

Although eating difficulties are common in children with autism spectrum disorder, this 2019 study highlights the lack of research conducted on the persistence or modification of these behaviors in adults with this disorder. Since it has been suggested that autistic adults experience higher levels of disordered eating than the general population, the authors set out to investigate autism’s effect on eating in adults. Twelve autistic adults were interviewed about their eating habits, specifically discussing alterations or maintenance of certain behaviors regularly seen in children (sensory sensitivity, preference for routines). The participants insinuated that autism continued to impact their eating habits into adulthood, particularly with regards to sensory sensitivity, medical difficulties, executive functioning difficulties, and rigidity. These individuals learned to adapt to overcome these problems. However, a smaller proportion of adults with autism (especially those with diagnosed eating disorders) expressed the negative influence of autism on their eating. Eating behaviors associated with autism may contribute to developing an unhealthy body weight. These results highlight that autism-related traits such as limited mental flexibility (cognitive rigidity) and sensory sensitivity may continue to affect the eating behaviors of autistic adults. Although these traits can be adapted around, they may give rise to disordered eating and weight gain. [NPID: autism spectrum disorder, autism, ASD, autistic, eating, disordered eating, sensory sensitivity, body weight, weight gain]