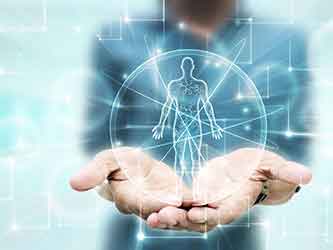 This 2020 study focuses on autism spectrum disorders, which are neurodevelopmental disorders linked with social and behavioral impairments. This article points out that so far only a limited number of molecules have been highlighted as potential drug targets for autism spectrum disorders. While the research has been often fixated on characterizing pathways involved in neural development and synaptic plasticity (since they support the pathogenesis of these disorders), recent investigations have identified immune system dysfunctions in autism spectrum disorder. Moreover, a high abundance of reactant oxygen species (which cause oxidative stress) is reported to be seen in patients with ASD. This present review informs us of the major changes in the expression of genes coding for enzymes involved in the reactant oxygen species (ROS) scavenging system observed in both ASD patients and ASD mouse models. Also discussed is the possible correlation between oxidative stress, inflammation, and immune system dysfunction with the pathogenesis and/or severity of ASD. The review then covers the novel treatments designed to reverse this interaction between ROS and inflammation in people with ASD. [NPID: autism, autism spectrum, ASD, immune system, review, inflammation, oxidation, oxidative stress]

Role of oxidative stress and antioxidants in autism

This 2020 study explains autism spectrum disorder as a group of neurodevelopmental disorders with limited indication of its cause, which is diagnosed based on behavioral observations. Oxidative stress in autism has been investigated since it has been previously linked with increased levels of oxidative stress as well as lower antioxidant capacity. Several studies have suggested changes in the activities of antioxidant enzymes (such as superoxide dismutase, glutathione peroxidase, and catalase) in autism. Glutathione levels, homocysteine/methionine metabolism, increased inflammation, excitotoxicity, and mitochondrial and immune dysfunction have all been linked with autism. Furthermore, environmental, and genetic risk factors may contribute to enhanced susceptibility to oxidative stress in autism. These studies collectively imply that oxidative stress may have a role in the development of autism (with regards to pathogenesis and clinical symptoms). Scientists are trying to find ways to regulate the abnormal metabolite levels in the interconnected transmethylation and transsulfuration pathways observed in autism. This approach, and antioxidant supplementation have been associated with decreased autistic behaviors and severity. This paper provides a conceptual framework on oxidative stress and antioxidants utility. [NPID: autism, autism spectrum disorder, ASD, oxidative stress, behavior, antioxidants, neurodevelopmental disorders]

This 2017 study describes autism spectrum disorder as a prevalent neurodevelopmental disorder characterized by social interaction, communication deficits, repetitive, stereotypic patterns of behavior, and impairments in language and development. In clinical research, scientists have spotted several abnormal mitochondrial features in patients with ASD. There were disturbances in the levels of DNA, activity, complexes, oxidative stress, and metabolites in the blood and urine samples taken from ASD patients. However, there was no direct link between ASD and the mitochondria when examining postmortem brains or peripheral tissues. We have yet to analyze the synaptic abnormalities of autistic people. This article reviews the findings of clinical studies investigating mitochondrial involvement in ASD patients. Hollis et al. chose to particularly focus on the brain, listing the limitations of its research, and discussing the required future directions to completely grasp the mitochondria’s role in the pathology of autism spectrum disorder. [NPID: autism, autism spectrum, autism spectrum disorder, ASD, neurodevelopmental disorders, oxidative stress, brain, mitochondria]

Clinical and molecular characteristics of mitochondrial dysfunction in autismspectrum disorder

This 2019 study highlights the unclear cause of autism spectrum disorder and the lack of effective treatments for this disorder. Frye et al. conducted this systematic review with the intention of investigating promising biomarkers of autism. The team sought biomarkers that help identify at-risk children during the pre-symptomatic period, assist with early diagnosis, confirm behavioral observations, stratify patients into subgroups, and predict therapeutic response. In fact, this article found several physiological biomarkers that identify neuroimmune and metabolic abnormalities, neurological biomarkers (including abnormalities in brain structure, function and neurophysiology), subtle behavioral biomarkers (including atypical development of visual attention), genetic biomarkers, and gastrointestinal biomarkers. However, it should be noted that many of these biomarkers are preliminary and require further validation. Plus, the researchers need to determine the exact role for these biomarkers in the diagnosis and treatment of ASD. Finally, the biomarkers are likely to be combined to effectively flag ASD early on, and to help guide therapy. [NPID: autism, autism spectrum, autism spectrum disorder, ASD, autism biomarkers, signs of autism, autism symptoms, ASD abnormalities]

According to this 2017 article, autism spectrum disorder (ASD) is a neurodevelopmental disorder characterized by social and communication deficits, restricted interests, and repetitive behaviors. This present study compared ASD patients with healthy control subjects on their blood concentrations of several biomarkers (indicating mitochondrial metabolism and the related abnormalities of oxidative stress and cell death). These findings support the results of previous studies reporting abnormal mitochondrial and related biomarkers in children with ASD (levels of pyruvate, creatine kinase, Complex 1, Glutathione S-Transferase, glutathione, and Caspase 7). A novel discovery in this present study was the irregular lactate dehydrogenase concentration in children with ASD. Moreover, children with the most severe cases of autism showed deviations in Complex 1 activity and Glutathione S-Transferase. Furthermore, Caspase 7 may be the best candidate as a diagnostic marker for the early recognition of ASD pathophysiology. This biomarker differentiated the ASD patients from healthy controls. In conclusion, several irregularities in mitochondrial biomarkers were highlighted in children with autism, and these indicators can help distinguish between ASD and typically developing children. [NPID: autism, autism spectrum disorder, ASD, mitochondria, autism biomarkers, autism indicators, oxidative stress]

The concomitant lower concentrations of vitamins B6, B9 and B12 may cause methylation deficiency in autistic children

The aim of this 2019 study was to analyze the urine samples of children diagnosed with autism spectrum disorder and with deficiencies in vitamins B6, B9 and B12. It was thought that the insufficient levels of these vitamins may influence certain phenotypic aspects of autistic disorder. The samples were examined using UHPLC-mass spectrometry, a novel and sophisticated mass technique. Belardo et al. compared 60 children with ASD and 60 corresponding controls (age range was 3-8 years). The results indicated an inhibition in cystathionine formation, accumulation of homocysteine, lower glutathione levels, reduced detoxification capacity and redox-sensitive enzyme activity in the austic children. There were also signs of reductions in protein and DNA methylation, which are commonly documented in children with autism. Finally, this study suggests that an imbalance in the intestinal gut bacteria community may be responsible for the reduced absorption of the investigated vitamins B6, B9 and B12. [NPID: autism, autism spectrum disorder, ASD, mitochondria, cystathionine, homocysteine, glutathione, gut health, gut bacteria]